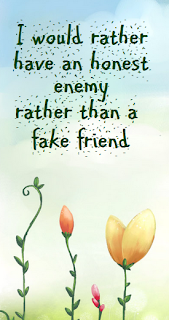 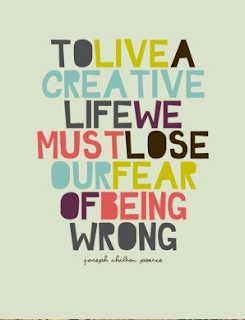 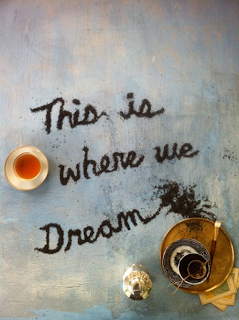 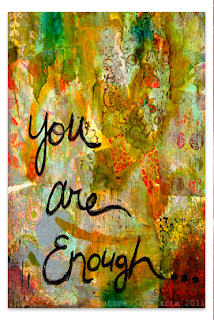 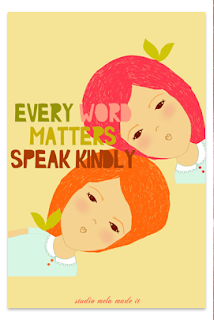 Summer is here! And I need to prepare for it. Mentally! 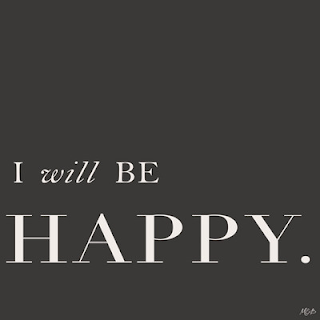 I am not really looking forward to the heat this summer. It is coming! Last year I was miserable. I fell into a bit of a depression and was suffering from extreme allergies for the first time in my life. I couldn't go to the store or anything. I felt so stupid. What is also upsetting when you are like that is that people tend to avoid you! They think that you are sick or something but you are not. Just suffering from allergies. It seemed like the summer was worse than ever. The heat seemed to affect me twice as much as anyone else.  I feel so sorry for those of you out there have to deal with allergies. Thankfully this summer it just happens off and on and doesn't last for very long and my depression is not bothering me right now. Very happy. I am working on making sure I stay happy and find the positive in everything so that this summer is bearable. I know that may not make sense to some of you - but it really does make a difference. If you find the negative constantly in everything then everything will suck no matter if you once loved it before. I have got to stay positive.

PS sunblock helps too! :) Actually makes your skin feel cooler and then you don't seem to get so hot so fast. Well that is my personal experience anyway ;) 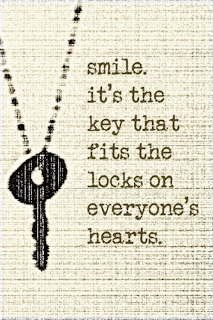 How I Make My Sewing Patterns Larger

How I make My Sewing Patterns Larger -

What you will need - FREEZER PAPER, PENCIL, CARBON PAPER and SCISSORS. 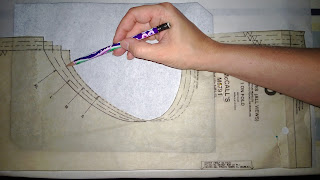 I pinned the outer edges of the pattern to the freezer paper. Then I slid my carbon paper under the middle and slowly traced the line of the size that I wanted till I ran out of carbon paper... 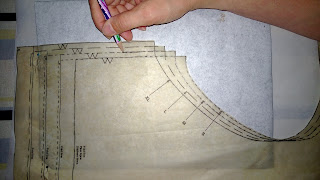 Then I slid the carbon paper over and continued from where I had previous ran out. I even trace all the little markings and words.. So I don't get lost... 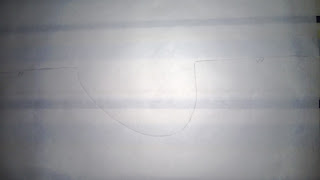 This is a little harder to see but here is a picture of the traced pattern.. 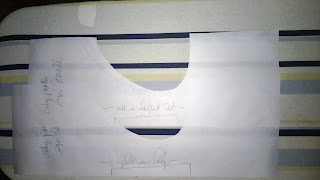 I then cut it out.. and very sloppy like labeled them! Here is a small and a medium.

I guess you don't have to cut the patterns out if you don't want to but I do. You could still pin it uncut to the paper and then carefully do it that way.. But this is easier for me right now..

I decided to try a pinterest project that I saw. I have tried a couple and I have only really enjoyed ... this one! I love my lights!

Now I had to kinda figure out what they were doing and I didn't want you to have that same issue so I went step by step to show you what I, myself had done (with a little help from my eldest daughter). 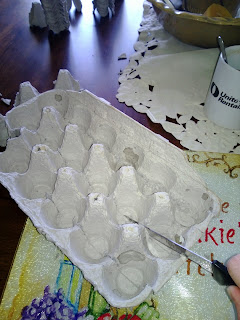 First thing that I did was take an old steak knife and cut along the middle of the egg carton slots. I didn't worry about the flat part as much.. Just the part that is protruding out because its really hard to cut those with scissors. So here is one side.. then I flipped it around... 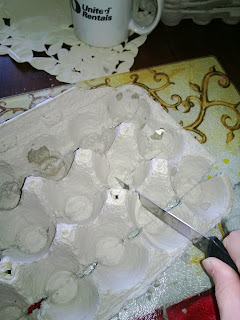 And I did the same thing going the other way. Um yea.. There is a little bit of egg on that one! Oh well. I will just keep moving forward. 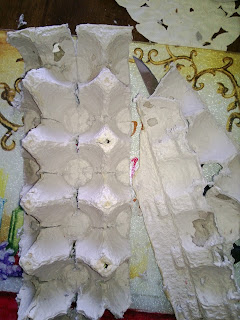 Now that I have all the middles sliced out.. I took off the sides. So that just those middle little hills with the holes in them are remaining. 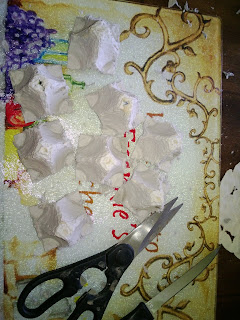 Then I used the scissors to cut them all out individually. 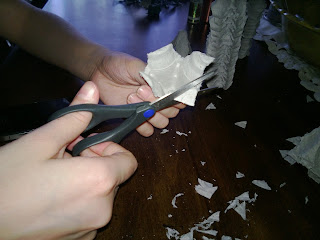 I was doing them alone and it was taking me a very long time so I recruited my eldest daughter to help me while she is home from college for the summer. Here she is rounding off the tops to make them look more like a petal. You could probably leave them just like this too if you wanted. 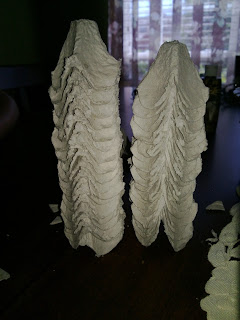 They are stacking up! 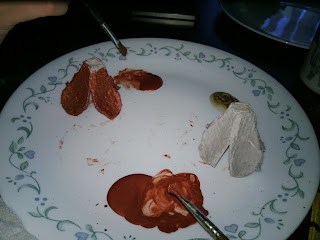 Time for the paint!

I painted them inside and out. I used a metallic copper color for the entire "flower". Then a gold for the rim of the petals. And last but not least I used a clear gold colored glitter paint to put on the inside for more shimmer. 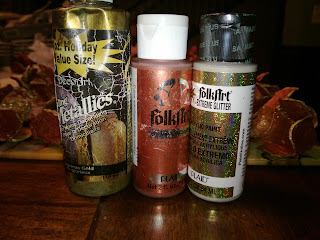 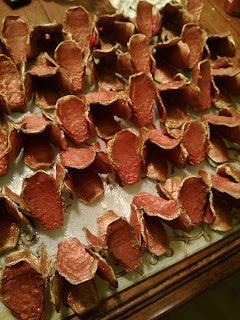 Here they are drying. They were all on a plate and it actually looked like food! All the paint that I put on the cartons ended up stiffening the flowers so that made me happy. I thought they were going to be more fragile then they turned out to be. 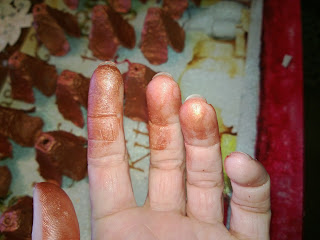 Here is my hand after doing some painting. It looked like I was turning to copper slowly. 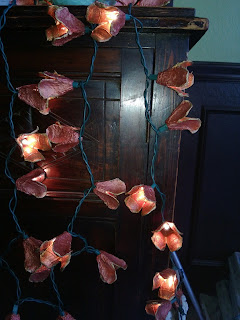 After a night of drying.. I slid them onto the lights! I was thinking about gluing them on.. but decided not to. Just slid them on. I had to use the scissors and cut little slits by the holes so they would fit on better. 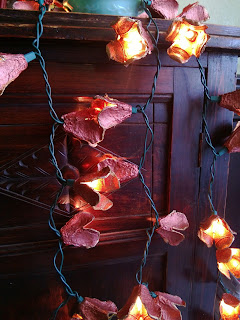